The aliens vs. the Pearsons Jul. 31, 2009 USA 86 Min. PG
Your rating: 0
0 0 votes
AdventureComedyFamilyFantasyScience Fiction
0
Add to favorites
0
I saw it

It’s summer vacation, but the Pearson family kids are stuck at a boring lake house with their nerdy parents. That is until feisty, little, green aliens crash-land on the roof, with plans to conquer the house AND Earth! Using only their wits, courage and video game-playing skills, the youngsters must band together to defeat the aliens and save the world – but the toughest part might be keeping the whole thing a secret from their parents! Featuring an all-star cast including Ashley Tisdale, Andy Richter, Kevin Nealon, Tim Meadows and Doris Roberts, Aliens In The Attic is the most fun you can have on this planet! 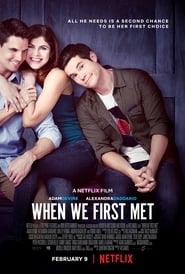